Caoimhe Judd, age 16, was born in Essex, England. She has worked in the industry since she was seven years old and has credits in many different genres.

Her most recent role is playing The Princess of Barkingburg in Nickelodeon’s hit show “PAW Patrol”, with many PAW Patrol films and the series also on Netflix. She has appeared in three West End shows, “Les Miserables” as Cosette, “Matilda” as Amanda Thripp and lead Summer Hathaway in “School of Rock” and has done year contracts in all shows. Caoimhe has appeared in numerous commercials, short films, music videos and voiceovers, including Disney’s new animation “101 Dalmatian Street.”

Caoimhe’s first film role was on HAMMER’S feature film “The Quiet Ones”, where she worked with Sam Claflin and Jared Harris. Caoimhe hopes to have a go at Broadway one day and continue roles in TV and film!

Scroll to find out more about Caoimhe in her interview with Teens Wanna Know!

Hi Caoimhe, great to e-meet you! tell us a little bit about yourself outside of show biz.

Hiya, thank you for interviewing me! Other than all things drama, music and dance, I love fashion! I love to style outfits and pair things with different accessories and try new styles of items. I also love to play my ukulele. I’m an only child and I live with my mum and dad. We are moving house soon which is super exciting. I can’t wait to dress up my new room!

Great! And how do you pronounce your name?

My name is spelt Caoimhe but it’s pronounced Keeva. Its Irish Gaelic!

What have you been doing to stay busy during quarantine?

I learnt sign language, it’s always been something I’ve wanted to do since I was about 10. I thought “what better time than now?” I took a course on makeup too which was fun and did lots of baking!

Acting in the West End in London is as prestigious as being on Broadway, and you have been in three West End productions. What is one thing about acting in West End theater that people don’t really know about or understand?

The rehearsal period. To bring a show together takes hours and hours. Two roles that I’ve played took two and a half months of rehearsals and practice before we could go out to perform the show. It’s normally 6 days rehearsals out of 7, on top of schooling and catching up on homework. Rehearsals is actually one of my favourite parts of a show. I love getting to know my character and highlighting lines in the script, it makes it all exciting!

What’s been your favorite role so far, and why?

Oh that’s a hard one! I would have to say Summer Hathaway in School of Rock because she was my first ever lead. I liked playing Summer because she is very different to me in real life, it was nice to take on her personality. I also met amazing friends and I worked with some really cool people at the theatre but also on TV appearances with the show too!

What’s the biggest challenge you have faced so far in this industry?

I’m a very positive person and rise to anything that’s thrown my way, so biggest challenge hmmm… accents! They are so hard! I can do American and some English accents, but trying to learn new ones is difficult.

You were in The Quiet Ones, a horror film, many years ago. What memory most stands out from that job?

The Quiet Ones was my first ever film role, I played a poltergeist as the movie genre was horror. It took me 4 hours to get into costume, as my costume was latex over my whole body! I was in the costume for 8 hours. I wore a bald cap and was covered head to toe in fake blood. That was pretty cool. I also remember giving Sam Claflin his birthday cake, as it was his birthday on set, all the cast were so kind and so welcoming.

Are you a horror fan now?

I do actually like horror films! I do get scared though. When I went to LA last summer, we went to Universal and we chose to do the “Walking Dead” ride –worst decision of my life! I was so scared I felt like crying. I think it was the fact that it was real life and they were really in front of me, rather when you watch horror films its on TV and you feel a bit safer on your sofa!

You’ve spent some time in L.A. doing acting training. How would you compare the acting scene for teenagers in L.A. to London’s?

I would say the acting scene is different but not crazy different. I flew out to LA last year to study TV/Film/Theatre acting. I spent two weeks at the campus on Hollywood Boulevard. I met the kindest coaches, who were so supportive and would give you feedback straight away. They would tell you what you should do better, what they liked, what I could change. I loved it so much.

The latest PAW Patrol movie has just been released. Its called Jet To The Rescue. I play The Princess. I think the PAW Patrol films are so fun to record! I’m also focusing on the music side of things too! I’ve had some tapes too, so fingers crossed!

SNORING! Breathing loudly! I just can’t sleep if someone is seriously snoozing it up loudly. My ears ring!

Seafood. Prawns, mussels, anything like that is just a solid no from me!

Thieves! I actually got my phone stolen the other week in London. I was approached with a tube map by a man. He was screaming at me about this tube map saying that he needed directions. He then disappeared like a flash and little did I know at the time he had taken my phone with him from my hand! Ever since this incident I have been so cautious and careful! I wouldn’t want to repeat this incident, it was very daunting.

What’s the last movie or show you watched, and give me a review…but you can only use TWO WORDS for the review : )

The one thing I cannot live without is:

The one thing I cannot live without is my parents. As it’s only the three us we are so close and they support me through everything. But also white-chocolate ice cream, I can’t leave that out!

I was on stage in School of Rock. This specific scene was when just Summer and Ms Mullins are on stage singing together. It got to the end of the song and Ms Mullins walks off and I’m left on the stage on my own for a moment between me and the audience. In the show, we work with these big sliders (the sliders slide on from the sides of the stage changing the set of the show.) On this particular show, the sliders decided they were not going to work and when they fail they can be dangerous, so we are told we must stand still and to not move. So I was stuck centre stage, the whole audience staring at me for what felt like 2 years! I remember just awkward smiling while the Tannoy [P.A. system – Ed.] announced that they had to stop the show for technical reasons!

Tell me something people would be surprised to know about you?

I am ADDICTED to Bubble Tea. So bubble tea, some people call it boba, I order a peach iced tea with tapioca and grape jelly. My order has been the same for 4 years! It’s just such refreshing drink, especially in the summer time! I know some people dislike it, but I introduced most of friends to it and they are hooked like me! I like sharing my favourite things with my friends, because it makes me happy if they like it too.

Could we get a selfie of whatever you are doing at the moment? It’s something we ask to keep it real for the fans!

We are out for lunch! 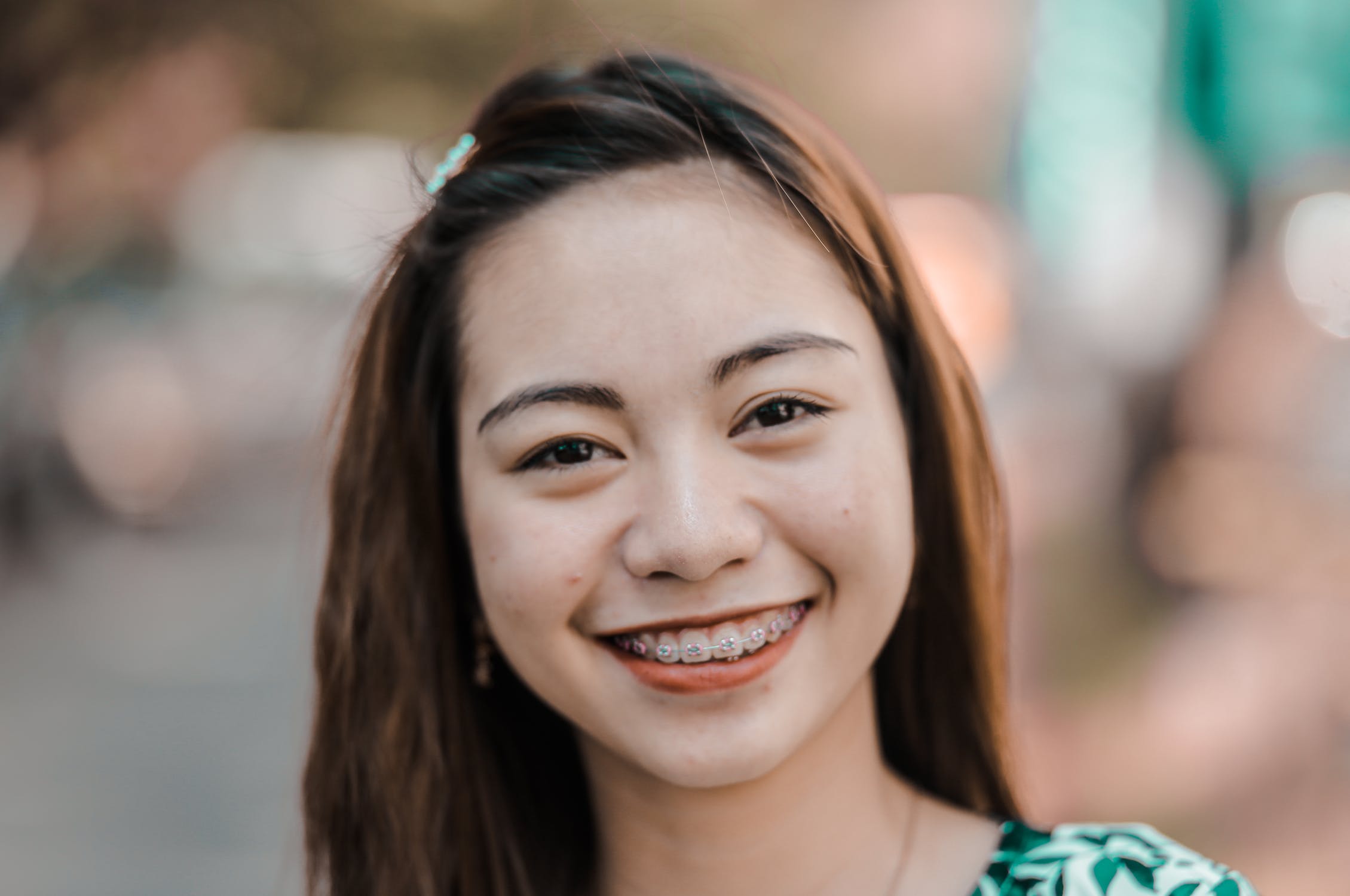 The Benefits You’ll See After Getting Braces