Three Guests is a pop band comprised of two friends from Erie, PA, Noah DeVore and Jordan Rys. The duo first made waves with their debut single, “Marilyn,” which has over a quarter-million hits on Youtube. A four-track EP called 3G was followed up with their latest output, a recently released full album, Sunset Lane, with 8 new tracks including their latest single, “Sunset Lane,” which is on our Top 50 New Music Blastoff this week! Rap star Chingy makes appearances on two tracks, adding another dimension to the guys’ sound.

We asked Noah and Jordan about their new tracks, the loss of one of their members, and some general get-to-know-you questions. Scroll down for their answers and to listen to their new single, “Sunset Lane!”

Hi guys, nice to e-meet you! You recently released a new record with 8 new tracks, Sunset Lane. Before we get into that, how about each of you tell us a little about yourself.

Noah: My name is Noah DeVore and I am heavy into the production side of the music. I grew up playing the piano and fell in love with music at a young age! I am from Erie, PA just like Jordan, we are homies! As well as music I dabble into modeling and acting. I also love to listen to other music, watch the TV show “Friends” haha, and travel to other cities!

Jordan: My name is Jordan Rys and I am the lead singer of the group. I have always had a dream of living a significant life and straying away from the average way of doing things. Music started off as just a hobby, but with the help of Noah it has become and career and reality. My biggest hobbies are playing soccer and going skiing.

Great! Now, let’s get into the music. Sunset Lane is a full-length album. In an age of mixtapes, EPs and singles, what made you go against that trend?

Well at first, an album was never the plan. But after hitting the studio to record song after song, we realized we have sooo many GREAT songs! We couldn’t get it down to an EP so we decided to just release our first studio album. As you can see all the songs on the Sunset Lane album are top hits!

How has the sound on these new tracks evolved from your earlier work?

Our sound has evolved drastically. Trust us, you don’t want to hear our first body of work…. The music wasn’t actually THAT bad, but it has definitely evolved. We have gotten so much better over the years, almost 3 years to be exact since we started.

We are starting to use more intricate and innovative progressions and melodies, things even today you don’t hear on the radio. However we still keep it classic with piano ballads and other instrument-based, deep songs. Our lane (sound) has changed and we really love our new vibe. We are planning to stick with this sound in the future!

Listen to “Sunset Lane” single here, and keep scrolling for the rest of the interview:

What was the biggest challenge in putting this record of new tracks together?

To be honest, the biggest challenge in putting the record together was truly finding the top 8 songs that would not only showcase our best work but also flow well together and display our variety.

From what I gather, Three Guests was formerly a trio, but I don’t see any info about the change online. So, what happened regarding your third member Ben Waldee, and what was the transition to a duo like?

Ben was such an awesome creative member and to see him go was more than tragic. Ben had other passions and he decided to pursue those instead. However, his decision was ultimately was best for everyone.

To go from a trio to a duo, I will admit, has a lot less stress but it is losing a creative mind. Either way we have adapted to the change. Moving forward, we believe that losing Ben was not a setback as we continue to produce great music!

FAN QUESTION FROM INSTAGRAM: “Do you love what you do?”

We absolutely LOVE what we do. I think the word love would be an understatement. Every day, music is in our lives whether we are making it, engaging with our fans, or listening in the car — music is a lifestyle for us. Even if music wasn’t our career, I still believe we would create it just for fun.

I’ll follow that up with, what DON’T you love about what you do?

Noah: What we don’t love about music is the saturation in this industry. Although we want everyone to succeed and wish nothing but success for others, sometimes getting the right recognition from fans and other important people can be hard because of the millions of other musicians out there.

Also the message portrayed by most artists these days in hip-hop and pop culture is really not healthy or something I’d want my kids listening to. We hope to change the norm of pop culture to a more inspiring and peaceful message.

Tell me something people would be surprised to know about you.

Noah: Something people would be surprised to know about me is that I am a huge original acoustic T-Swift fan!!

Jordan: Something people would be surprised to know about me is that I did a year of Cybersecurity in college and that I am a huge nerd.

Noah: One of my biggest pet peeves is when people listen to music in the car with the volume so low, cmon now.

Jordan: One of my biggest pet peeves is when Noah loads the shared bathroom area with all of his hair products.

Noah: My favorite book has to be Tale of Two Cities.

Jordan: My favorite books are the Magic Tree House series.

Noah: My favorite food is some homemade chicken pot pie!

Jordan: My favorite food is a saucy dish of Pad Thai with no peanuts or bean sprouts.

Jordan: My favorite movie is Hitch.

Most attractive thing in another person?

Noah: Confidence is the most attractive thing in another person hands down.

Jordan: A firm belief in positive morals is the most attractive thing in another person.

Noah: I once, during an honors ceremony for high school, played the piano while students walked to their seats. For some odd reason I decided they were done walking and stopped playing to go sit down. I was then notified it was not over and so I had to awkwardly walk back up stage and continue playing!! It was so embarrassing!!

Jordan: I was listening to a conversation between some pretty important people in the music industry and heard one of them say we should grab lunch sometime and hangout like normal people. I then spoke up overly excited and said we totally should only to find out he was talking to someone else. Very awkward and embarrassing.

What do you have coming up next? Any new tracks?

Next up for us is most surely performances and shows. Make sure to follow us on all social media to get the latest updates on any venues we may be playing at! Also definitely and maybe sooner than you think MORE MUSIC!!

Could we get a selfie of whatever you are doing at the moment? It’s something we ask to keep it real for the fans! (could be both together or a separate shot each)

Noah DeVoreFollow Three Guests to stay up to date on new tracks and other news:

Here is the first song they released, “Marilyn:” 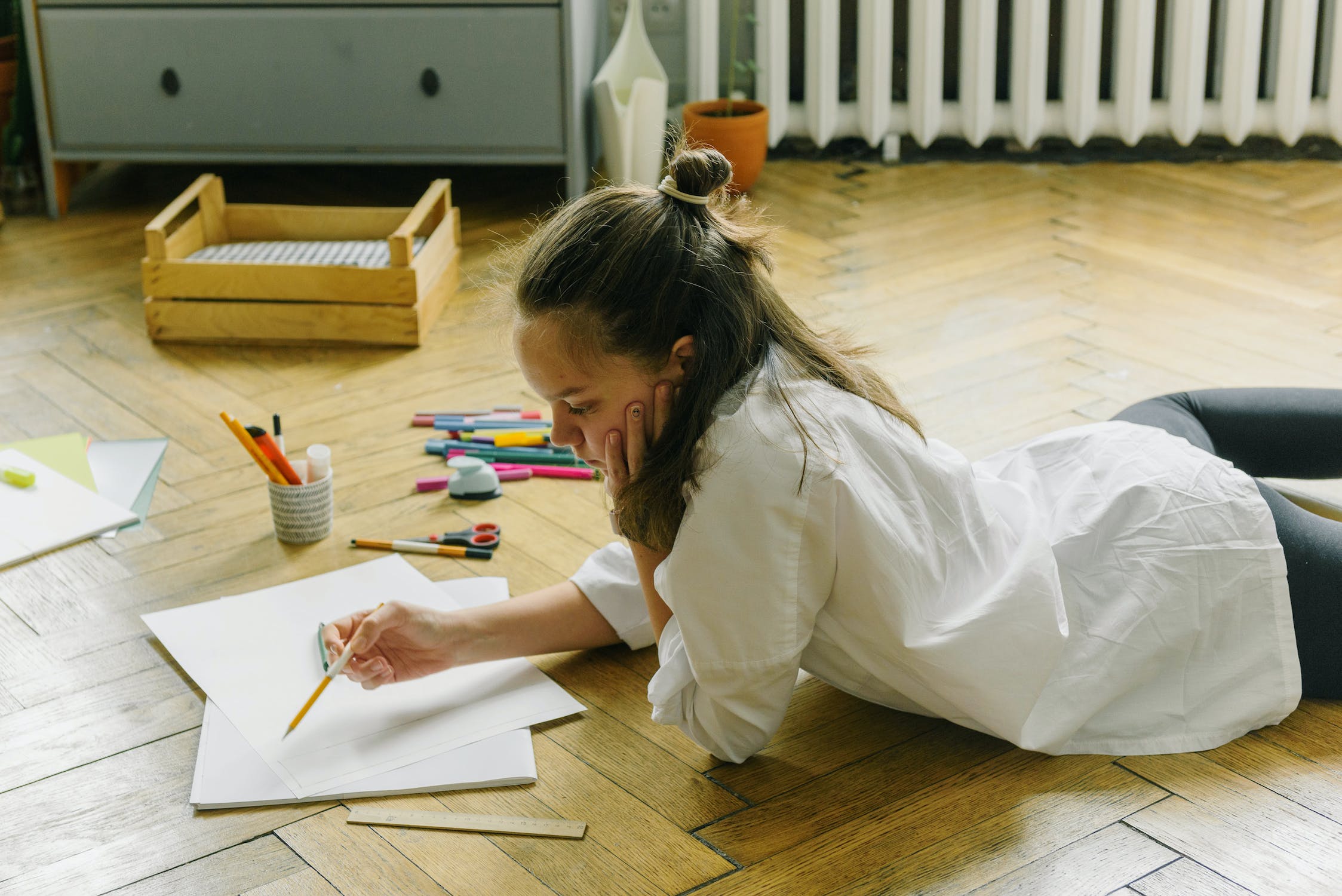 Creative Activities That Can Occupy Your Time