As a teen, it’s perfectly natural and normal to be interested in pursuing romantic relationships with other teens. At some point, there’s bound to be a special someone who catches your eye. When you discover the interest is mutual, it can feel like pure magic. That said, it’s important to make sure that your relationship is a healthy one, which means that some behaviors are best avoided.

Try to Control Each Other

Despite what a certain fantasy series about a brunette who falls in love with a sparkling vampire would have you believe, trying to control the person you have romantic feelings for isn’t a healthy relationship behavior. It’s selfish behavior that prioritizes your own needs and comfort over the other person, often to their detriment. According to Supportiv, spotting signs of controlling behavior can be difficult, so it’s important to pay attention. In a healthy relationship, you allow one another to each be your own person, recognizing both your own needs and those of your significant other, and working together to find a balance between them.

It can be easy to dismiss pornography as not being a problem sometimes. It has a near-constant presence, thanks to the idea that sex sells. It’s far from harmful though. According to Fight the New Drug, pornography can have a negative influence on your personal life (including your sex life) and your relationships and society at large. Viewing pornography can lead to developing harmful expectations about what relationships and especially sex are supposed to be like. It can lead to your significant other being hurt or uncomfortable and you being disappointed when reality doesn’t match up with the perfect hair, makeup, bodies, lighting, setting, and script that all make up porn. It’s best to avoid it altogether and focus on the real relationship you’re in instead.

Healthy relationships have a solid, trusting foundation. Nothing weakens or even destroys that foundation like lies and dishonesty. Even white lies can be a problem. It’s far better to be honest and upfront with your significant other, balancing being frank with being kind. If you’ve developed a habit of lying, it can be a tough habit to break. Like all things that are worth anything in life, according to A Conscious Rethink, breaking a lying habit will take work, but the ultimate result will be worth the effort.

Relationships take work, and often a lot of it. Avoiding certain behaviors like trying to control one another, viewing pornography, or being dishonest can help you avoid having to try to fix your relationship after you damaged it. Remember to treat yourself and your significant other with kindness and respect, and maintain honest communications. This will help you build a healthy relationship that you can both feel safe in.

Read this next: 6 Fun & Exciting Date Ideas for Teens 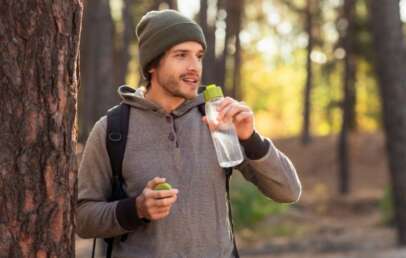 Tips for Living a Healthy Lifestyle