5 Reasons to Use a People Search Engine

You may not know about this yet, but some companies offer a service they call a people search engine. You can use one to find out about a person. The more information you have about them, such as their full name, email address, phone number, etc., the more you can learn.

There are several practical reasons to use one of these services. We will talk about a few of the more prevalent ones in the following article.

You Can Learn Their Sexual Offender Status

You’ll want to know whether this person has a sordid sexual history. They might lie if you ask them directly, or they may alter certain details, so you don’t get a complete picture of their past.

You need to do a people search for this individual as part of your due diligence. You would likely never forgive yourself if you hired someone who had a sexual misconduct record and they did the same thing again.

You Can See What This Person Does on Social Media

Social media can tell you a lot about a person. Few people don’t use it these days, and often, a person will reveal their true self when they use one of the many platforms out there.

You can set a social media profile to private, but some people don’t bother doing that. Sometimes, when you do a person search, and that includes a look at their social media accounts, you can find out about their beliefs. They might post memes about politics, religion, and more.

Someone might present themselves one way when you meet them, but they depict themselves very differently on social media. If you’re thinking about hiring this person or making them part of your life, you might change your mind after seeing what they post online.

You Can See Their Online Dating Accounts

You can also use one of these services if you’re thinking about dating a person and you don’t know all that much about them. They might say they’re single and not trying to find anyone else. Their online dating accounts might prove otherwise, though.

You may discover that this person has several online dating accounts. If they’re honest about that and tell you they’re not ready to settle down yet, you might feel okay dating them casually.

If you’ve got a spouse or partner who’s on dating sites, though, and you thought you had a monogamous relationship with them, you might have to take some drastic action. Some marriages end because one person discovers the other has online dating accounts they’re trying to conceal.

You Can Look into Their Criminal Record

You can ask someone about their criminal past, and they might disclose everything, or they may not. They might gloss over some key details if they don’t want you to know about something egregious they did at some point.

If you learn something about this person’s criminal past that you didn’t know, you can confront them with it. Maybe they have a satisfactory explanation for concealing the truth, but they might not. You’ll have to decide what to do next based on what they tell you.

You Can Find Out About Their Marital Status

Maybe you start dating a person, and they say they’re single, but you don’t entirely believe them. Some people might have a secret family, and maybe they’re already legally married to someone else. They might present themselves in a certain way, but they’re not what they appear.

You can learn a person’s true marital status if you do one of these searches. You might learn whether a person actually divorced a previous spouse or whether they’re still together. Based on what you find, you might decide to break things off with this individual because they’re not telling you the truth.

How to Choose Your Major 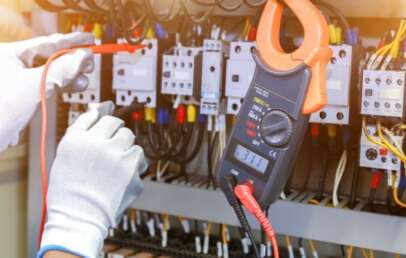 Things To Know Before Becoming an Electrician