American singer-songwriter, Tiana Kocher was born in Manila, Philippines. Her debut single release, ‘Just My Type’, hit the Top 40 Indie Chart followed by ‘Paint the Town’ and ‘Swing Batter’, which appeared in the Cîroc commercial for the motion picture ‘What Men Want’. Her record ‘U Tried It’, released October 2019, was produced by four-time GRAMMY nominated record producer RoccStar and has reached over 140,000 streams to date.

In April, 2020 Tiana teamed up with social media giant TikTok during COVID-19, to create a 30-day charity and community driven contest, where people would dance to her single ‘Don’t Trip’. The #DontTripChallenge, assembled to inspire change, opened in the Philippines and the US. On completion, it raised over PHP158,500 for both the Philippine and American Red Cross, and generated over 12 million views, marking a staggering ‘staying connected’ awareness and community campaign.

It’s hard to pick! But if I had to narrow it down to two it would have to be my SXSW performance and opening for A$AP Rocky. SXSW was my first music festival so it holds a very special place in my heart, I immediately fell in love with the city (Austin) and had the greatest time exploring the city with my team/friends and discovering new artists and music! Opening for A$AP Rocky is also memorable because it was my first show in my hometown so it was nice to be greeted with such familiar faces in the crowd, not to mention being able to open for such an incredible artist as well.

Her soccer and softball days have helped her music career.

I’d say success in all fields/industries have their similarities. There is never the “easy way” or the “shortcut” to get to the top. Just like sports, you need to put in the work as an artist. You need to train, you need to conquer the little stages, you need to have the side hustles, you need to fail! I’ve gone through many hurdles but that only wants me to come back stronger and I’m glad that I have my athletic background to remind me to always be a team player and to keep persevering no matter what obstacle comes your way.

Following the herd is not for her.

Personally I think its the pressure to look a certain way and “fit in” — I hate that and the standards that society has created. We are all created to be unique, why not embrace that? I just always remind myself that if I was put in a room where all the girls look the same way, dress the same way, have the same hair because thats what is “acceptable” and I am just simply me, I’d stand out. As cliche as it sounds, just be yourself, theres only one opportunity to be you.

If you saw her childhood pets you would think “What strange-looking dogs.”

Man sometimes I feel like I am an open book. Aside from growing up an athlete I think people will be surprised to know that I had two pet goats growing up. One male and female named Earl and Ethel, they were the sweetest, they honestly are like dogs! Minus the barking.

There is one habit she is trying to break.

I’m trying to spend less time on social media! I think we all know how toxic it can get at times and I think its really important for us to stay positive right during these unprecedented times! 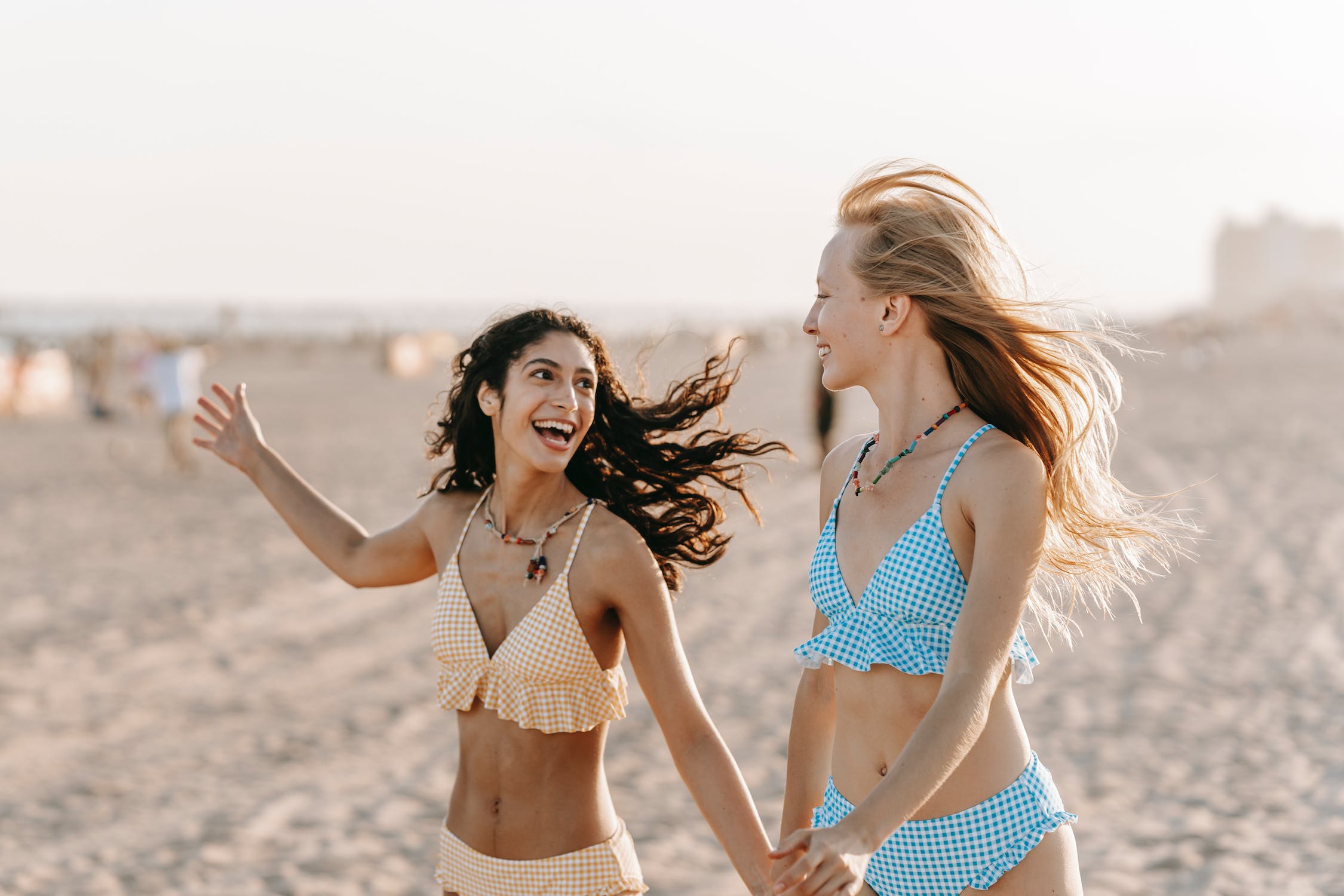 How to Plan a Fun Beach Day With Friends