Otherworldly YA: Five Fantastic Sci-Fi/Fantasy Series You Should Read NOW!

Looking for an awesome YA book that will take you out of this world? Dive into one of these fantastic series – You won’t be sorry! 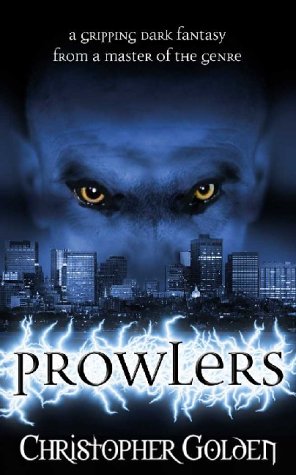 At age nineteen, Jack Dwyer’s best friend Artie is murdered. Not by humans, but by Prowlers, a group of ancient creatures whose handiwork is typically thought to be that of wolves.

But these are no wolves. They are animals, but their ability to think, their emotions and their need for revenge makes them as cunning as humans. Jack, as well as most of America, knows nothing of the Prowlers… That is, until Artie travels from the Ghostlands to tell his friend what truly happened. Jack’s life will never be the same.

Christopher Golden’s Prowlers series is positively riveting and inventive. I raced through each book, and I’ve read them multiple times since. Read them in order:

For those of you who want something to download to your Kindle/Nook/e-reader, keep your eyes peeled: The author has informed me that e-book editions of the entire Prowlers series will be available soon!

The Fallen by Thomas E. Sniegoski 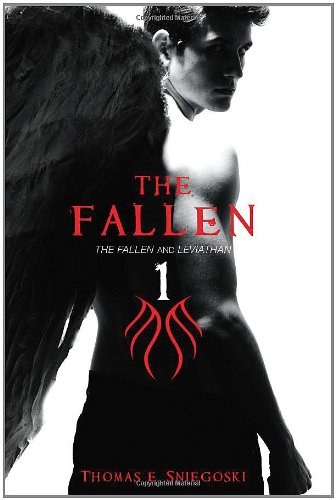 Immortals seem to be one of the hottest storylines these days. The Fallen is the best series with an angel at its core. If you like the similarly-named Fallen series by Lauren Kate, you’ll absolutely love The Fallen books by Tom Sniegoski.

Eighteen-year-old Aaron has always known that he was adopted, but he never suspected he was half-angel – or that he could be a hero in the ultimate fight between good and evil. Shortly after his lineage is revealed, his younger brother is stolen away, and Aaron will do anything to get him back. Along the way, he is accompanied by his loyal Labrador, Gabriel, and discovers an unexpected connection to his beautiful classmate, Vilma Santiago.

Four Fallen books are out so far, with the fifth book, Armageddon, coming out in August.

Fun fact: Before he portrayed Stefan Salvatore in The Vampire Diaries, Paul Wesley starred as Aaron Corbet in the film adaptation of Fallen – and Bryan Cranston from Breaking Bad played Lucifer! 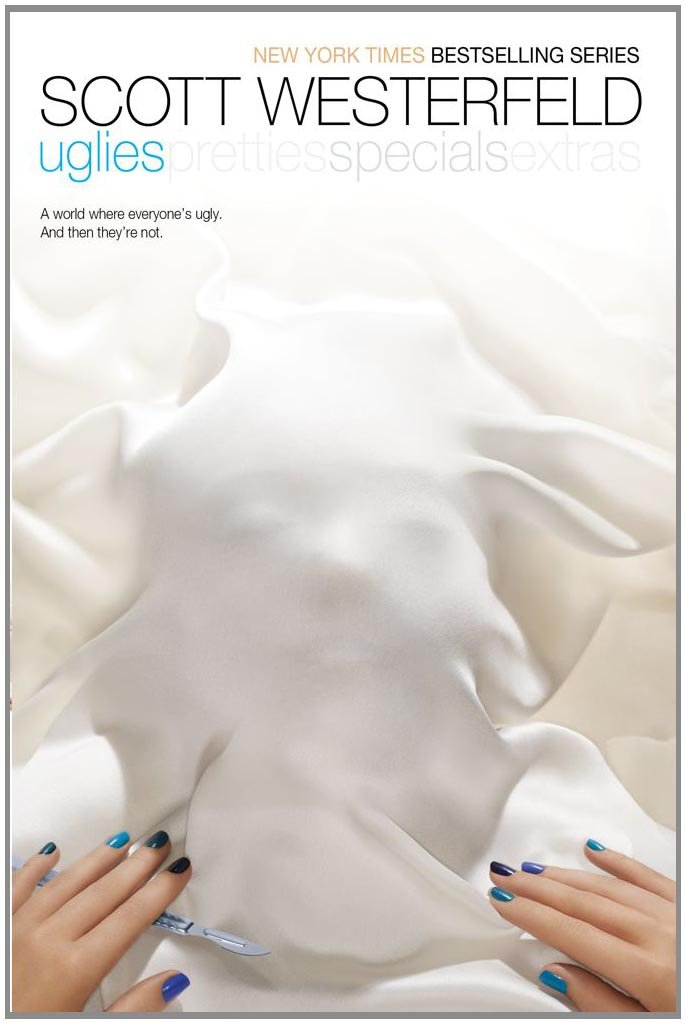 If you like stories with dystopian societies – think of The Hunger Games or The Twilight Zone – then prepare yourself for Uglies. In Tally’s world, everyone gets an operation at age sixteen that makes them pretty. Oddly enough, this tradition of cosmetic surgery seems to have made society a better place. But things aren’t exactly what they seem…

All three books – Uglies, Pretties, Specials – have action sequences packed with octane. They’ll totally make you wish you could travel by hoverboard. The ending of Specials will challenge readers to think, really think, about what they take for granted and what they should truly value. Go, Tally!

How to Ditch Your Fairy by Justine Larbalestier 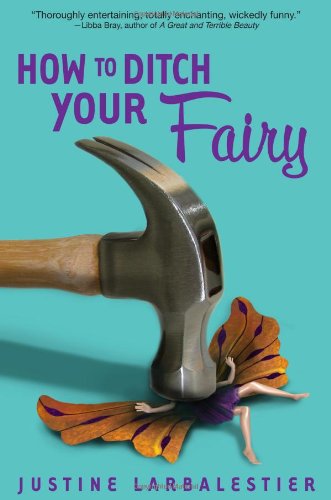 Looking for something a little lighter? In a fun world where many people have fairies that grant them unusual bits of luck, Charlotte (Charlie) feels cursed by her gift: the ability to always get a good parking spot. She’s not even old enough to drive yet, so others – such as her mum and a dim bully at her school – drag her into their cars to play passenger. Fed up, Charlie teams up with Fiorenze, a popular girl who has an all-the-boys-like-you fairy, and the two attempt to switch their fairies. Comedic chaos ensues.

How to Ditch Your Fairy is utterly delightful. You won’t ditch this funny fantasy — you’ll stay up to finish reading it!

Okay, so this one isn’t a series – but Justine Larbalestier’s other books include the head-tripping fantasy trilogy Magic or Madness, plus she co-edited the anthology Zombies vs. Unicorns with Holly Black, whom I’m about to praise:

The Curse Workers by Holly Black 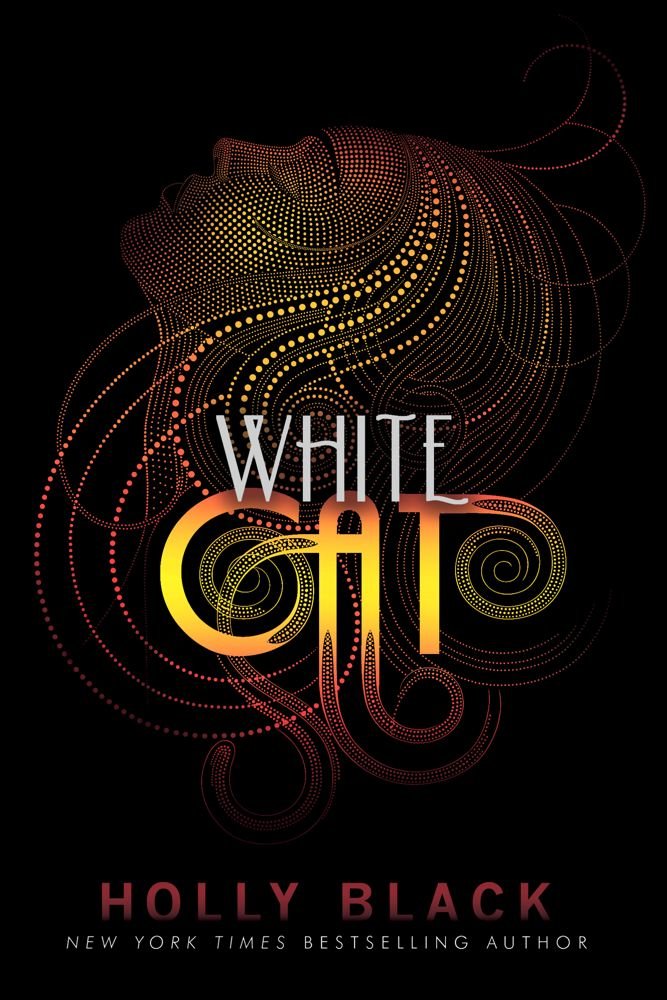 Recognize her name? Holly co-wrote The Spiderwick Chronicles with Tony DiTerlizzi. For an older audience, there’s her Curse Workers trilogy: White Cat, Red Glove, and Black Heart. Cassel, the youngest of three brothers, is the only person in his family without a magical ability, such as changing people’s memories, luck, or feelings simply by touching them. Cassel and everyone he knows has to wear gloves, whether or not they have powers, to protect themselves from those who would use their abilities for evil.

But, for years, Cassel and his family have been covering up a secret: Cassel killed his best friend, Lila. He doesn’t completely remember what happened; all he knows is she’s gone, and they’ve told him he’s at fault. Then the truth comes out, and it’s not what he was told, and not at all what he expected…

Holly Black also has three interconnected stories about modern faeries: Tithe, Valiant, and Ironside. I’m looking forward to her next book, The Coldest Girl in Coldtown, which comes out in September.

Want more book recommendations? Leave a comment below with your favorite books, genres, or authors, and general age range, and I’ll give you a personalized reading list!